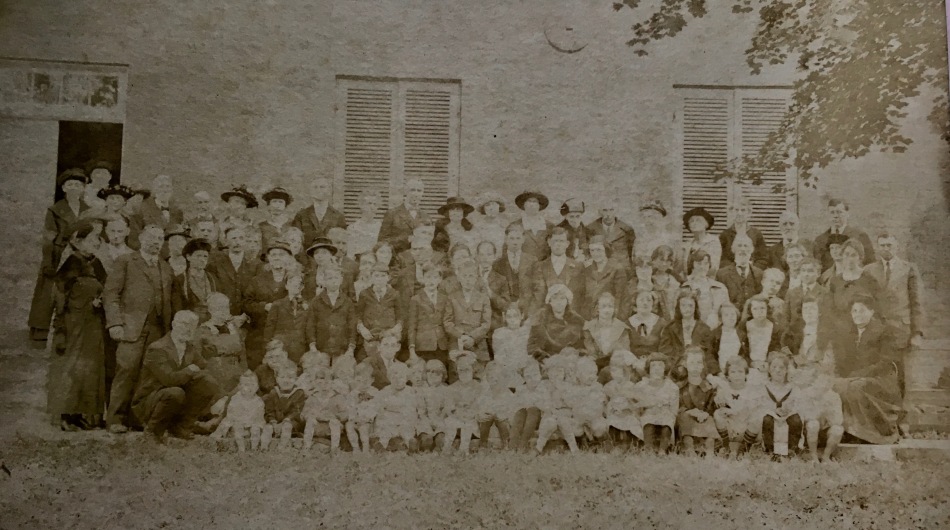 America’s Civil War broke out on April 12, 1861 with the South Carolina battle of Ft. Sumter. Eleven states seceded from the Union, forming the Confederate States of America. (April 17th, Virginia voted to secede.) Southern newspapers wrote of joyous crowds celebrating secession, and young men showing up to join militias, their families waving them off with marching bands. Excitement for the Confederacy’s independence from the United States was electrifying.

The opposite was true in Quaker and German communities of northern Loudoun County, Virginia. They were strongly against secession and Quakers in Goose Creek Meeting had been advocating against slavery for decades. This war was a culmination of their worst fears. Samuel McPherson Janney wrote about war’s outbreak in his Memoirs:

(Memoirs of Samuel M. Janney, Philadelphia Friends Book Association, 1881, pg 189): “The Society of Friends as a body remained true and loyal to the Federal Union…Our county was soon occupied by Southern troops, and those of our citizens who adhered to the Union cause were placed under a strict surveillance, that required, on our part, great circumspection in our conversation and movements.

“Freedom of speech in regard to the question of slavery had long been restricted; now it was still more dangerous to avow opposition to that oppressive system which was the cause and main spring of the rebellion.

“The members of our religious Society were generally favored to maintain an unshaken trust in the Author of all good, and most of the heads of families among us remained quietly at our homes, but many of our young men, who were liable to be forced into the Southern army, sought safety in the free states.”

By August 19, of 1861, Goose Creek Meeting Quakers, along with Fairfax Meeting in Waterford, formally expressed their anti-war position:

The subject of making a statement of our principles in regard to the unhappy condition of our country, in order to correct any misapprehension that may exist respecting our views, being brought before the meeting, it was concluded to issue the following declaration which was united with by women friends and the clerk was directed to sign the same on behalf of the meeting, and Samuel M. Janney, Jesse Hoge, and Elisha Janney were appointed to lay the subject before Fairfax monthly meeting in order that, that meeting, may have an opportunity of acting in the same: to wit:

“ 1st The religious society of Friends from the time of its rise, to the present date (a period of more than two hundred years) has always borne a testimony against war; its members abstaining from every kind of military service, and patiently suffering the penalties of the law for declining the same. This testimony we believe is in accordance with the example and precepts of Christ, and particularly his sermon on the Mount.

“ 2nd In as much as a state of war now unhappily exists in this country, we deem it our religious duty to take no part in it, and to abstain from every act that would give aid in its prosecution.

“3d Although laws might be passed, with which our principles and clear sense of religious duty would forbid our active compliance even though there was connected therewith the heaviest penalty: yet the religion we profess, and as we conceive, the true spirit of Christianity, forbid our doing any act in opposition to the laws of the government under which [we] live. In all cases, not obviously and exclusively between ourselves and our Maker, we believe it to be our solemn duty, faithfully to comply with the laws of the land, or remain entirely passive under them, suffering all penalties.”

When the Loudoun County Quakers wrote this anti-war statement, they were a persecuted minority in their Confederate state. Virginia Quakers were at the beginning of what would become a four year nightmare. But they were on the right side of history, proven leaders in their moral determination.

0 comments on “Taking a Stand: Anti-war Virginia Quakers in 1861”