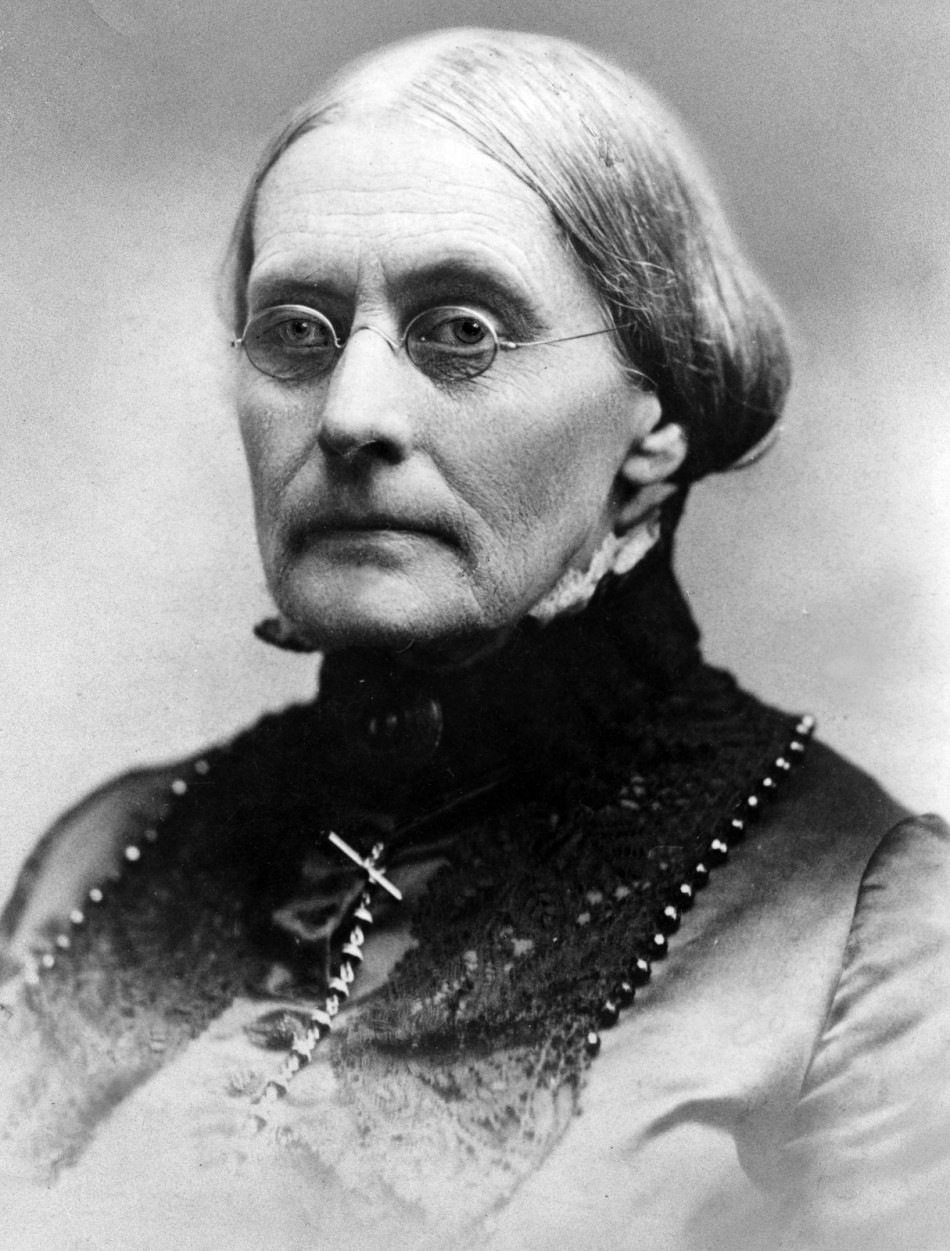 Susan B. Anthony spoke on the topic of women’s suffrage at the Quakers’ Goose Creek Meetinghouse in the village of Lincoln, Virginia, on Wednesday, March 5, 1895. She gave her talk at the invitation of the Philanthropic Committee of Goose Creek Meeting.

Susan B. Anthony was born into a Quaker family and lived most of her life in New York state. From an early age she was a dedicated abolitionist and women’s rights activist. During her lifetime she became, along with close friend Frederick Douglass, the nation’s premier social reformer. She traveled giving speeches and lectures on civil rights issues, most prominently women’s suffrage.

In March of 1895 Susan B. Anthony came to Washington, D.C. to speak to Congress and the President, as well as to meet with groups of women activists in the Washington area. Eliza Janney Rawson, a Lincoln teacher and former daughter-in-law to Samuel M. and Elizabeth Janney, was on the Philanthropic Committee at Goose Creek Meeting. The Committee invited Anthony to come speak at the Quaker meetinghouse and she accepted. The Library of Congress has Anthony’s daily diaries available online, including her diary for the year 1895. Here are pages recording her trip to Washington, D.C. and then her March 5th, Lincoln, Virginia visit:

The handwriting on these diary pages is not always clear, but Anthony writes that on Sunday March 3, 1895 (top) she was In Washington for women suffrage and attending committee meetings then possibly had a meeting of friends in the [?] parlor[?]

The next day, March 4th, she was still In Washington in 8 meetings executive meetings all day & at 5 Rachel [Avery] Meg & self with M-

Susan B. Anthony was 75 years old when she visited Lincoln. Here is a photo of Anthony looking, perhaps, how she would have appeared in 1895. She was still a controversial figure but the nation was gradually coming around to women’s suffrage.

Goose Creek Meeting minutes include the March 5th, 1895 visit from Susan B. Anthony. Her “lecture” is referred to in the last sentence of the top half of the handwritten page shown below:

Transcript of minutes’ mention of the Anthony visit: “The Philanthropic Committee report having engaged Susan B. Anthony to lecture in this house 3rd mo 5th & that the occasion was one full of interest & instruction.”

During her lifetime Susan B. Anthony was chased down streets by mobs angry at her speeches in favor of both abolitionism and women’s suffrage. She was arrested for voting. She had bottles thrown at her while speaking in public. Sometimes, for her own safety, she was escorted out of a town with police guards. Susan Anthony didn’t live to see the 19th Amendment added to the U.S. Constitution, granting women the right to vote. That civil right finally happened 14 years after her death. Yet she believed and proclaimed in her last public speech given three days before she died: “Failure is Impossible.”

The Susan B. Anthony Museum and House in Rochester, New York has more information about her remarkable life. Kudos to Goose Creek Meeting for supporting this heroic American.

1 comment on “Susan B. Anthony comes to Lincoln, Virginia”